More Than Just a Trauma Conference

Last week (9th-12th December) was the 8th Annual London Trauma Conference (#LTC2014) & London Cardiac Arrest Symposium (#LCAS2014) at the Royal Geographical Society Building in London. I had the privilege to be invited by the organisers to help provide social media coverage by tweeting around the talks and recording podcasts with some of the key speakers. This is a quick review of what I got to see, what I learned, and why everyone with an interest in trauma, emergency medicine, pre-hospital care, surgery, critical care or resuscitation should go next year.

Along with the main events of the Trauma Conference & Cardiac Arrest Symposium there was a day dedicated to Air-Ambulance and Pre-hospital care, and many other breakaway sessions (see below), each with their own jam-packed timetables. 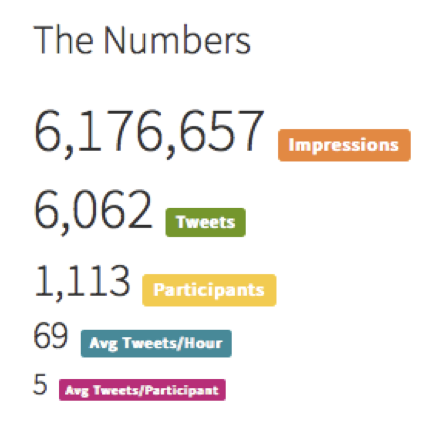 Seeing the timetable for all of these, I began to understand why an extra pair of tweeting thumbs was needed! The schedule was full to bursting point with thought provoking, innovative talks and masterclasses by expert speakers from around the world. The hardest part was deciding where to start, where to focus my attention, and who I could convince into an interview in their limited spare time. Thankfully, the guys from the St.Emlyns Blog and Podcast (Iain Beardsell – @docib and Natalie May – @_nmay) were there too. They covered the bulk of the main Trauma Conference, tweeting feverishly and producing great summary podcasts which are well worth a listen here, here, and here. This allowed me the opportunity to attend the breakaway sessions and the Cardiac Arrest Symposium, and to interview some fascinating people.

Those of you that were following on twitter with hashtags #LTC2014 & #LCAS2014 may have seen some of the take home messages from the talks, but for those that didnt, Ill briefly summarise the bits I got to see.

If you didnt know it already, the baby boomers are coming! With the 75+ population set to double by 2027, Prof. Moran discussed how we need better triaging, more appropriate transfers (not sending all to major trauma centres), network guidelines, and trauma-geriatricians if we are to deal with this demographic tidal wave.

Its sexy, its getting a lot of attention of late (some from yours truly if you recall), and it may well have a role in resuscitation of the exanguinating patient; but Col. Tai discussed how it should be used as a bridge to intervention, not to CT scan.

Mr West was kind enough to be interviewed for a podcast which will be available in the coming weeks and discussed this talk on surgical fixation of flail chests, finger thoracostomy, and the potential dangers of chest drains (yes, complications happen, and when they do, they can be bad – always proceed with caution). Another great take home message from this talk, as well as good advice for life was dont get shot in the chest…twice, as apparently the chest is incredibly difficult to open the second time round

As technology improves and becomes more commercially available, airbag suits may well be sported by an ED patient coming to you soonthough more likely they may be preventing a patient from coming to an ED near you soon. The technology is very clever and the suits wont activate without significant acceleration/deceleration forces, so if you see them deployed, there has been a significant mechanism.

A Quarter of a Century Between, Within, and Over the Hedges of Ireland (Motorsport Medicine Breakaway Keynote) – Dr Fred Macsorley MBE

This was a captivating talk from a man who has seen first hand the effect of the development of organised trauma and pre-hospital care, whilst still having an absolute love for his day job as a GP. Take home messages from here include how important a job the volunteer doctors are doing at motorsport events by regularly saving lives at the road-side, but also how important it is to enjoy your work and have a strong support network at home; in Freds case his wife and kids for whom he is very thankful.

An entertaining and informative talk on the mechanisms and patterns of injury in motorcycle racing including some red flags for significant injury:

Covering the many potential uses for point of care ultra sound and its application in the remote environment, including focused echocardiography, FAST scanning (yes, there may be a place for it in the prehospital/remote environment), diagnosis of pneumothorax, neuro-imaging and the measurement of ICP using optic sheath measurement, and its use for assessment of fracture reduction. The take home message being that geography shouldnt dictate the level of care a patient can receive.

Interesting and certainly discussion provoking talk. While we may be starting to move away from peripheral IV adrenaline in cardiac arrest, there may be a role for central, arterial adrenaline. Prof. Manning claims it is far more titratable as the effect is seen within 30 seconds, and the drug is being delivered exactly where you want it to act. Definite food for thought, and I had the opportunity to discuss this further in a podcast interview (available soon).

One of the highlights of the cardiac arrest symposium for me was this keynote speech on how to best manage the sudden death of a patient in hospital. Dr Frost provided a step-wise approach to manage this correctly, and he discussed it with me in a podcast interview that will be well worth a listen. The main take home here is treat this like you would any other difficult procedure in hospital, give it the priority, attention and senior cover it deserves and get it right, every time.

The role of the resus officer is ever increasing, they have roles in resuscitation, prevention, education and research along with many other grey areas. He also discussed the need for more human factors training for members of the cardiac arrest team. You can hear more on this in our podcast interview.

A mind-boggling and thought provoking talk by Dr. Lamault who told us about a trial system that is currently running in Paris allowing the initiation of ECMO in the prehospital environment, with some incredible pictures of the procedure being performed in various locations around Paris, including Le Louvre Museum! They are initiating ECMO on patients with refractory cardiac arrest for 30 minutes, can have it connected within 60 minutes, and are reporting a 10% survival rate.

25 years of research have lead to Prof. Manning developing this technique that may someday have a role in cardiac arrest resuscitation. It has been referred to on twitter as REBOA, but for cardiac arrest, with balloon occlusion of the aorta allowing preferential perfusion of the heart and brain with an oxygenated fluid (e.g. blood) that is rapidly infused up the catheter. As he says, we are entering an age of endovascular resuscitation with procedures such as SAAP, REBOA, and ECMO. The ins and outs of this are definitely best left to our podcast interview however as he explains the theory far more eloquently than I.

The summaries above are just a selection of the relatively small number of talks I was able to attend. I would highly recommend that if any of the above has tipped your interest, that you start looking at your diary for December 8th-11th next year for #LTC2015 and follow the conference on Twitter @LDNtrauma. Remember to keep a look out for the podcasts as we release them!